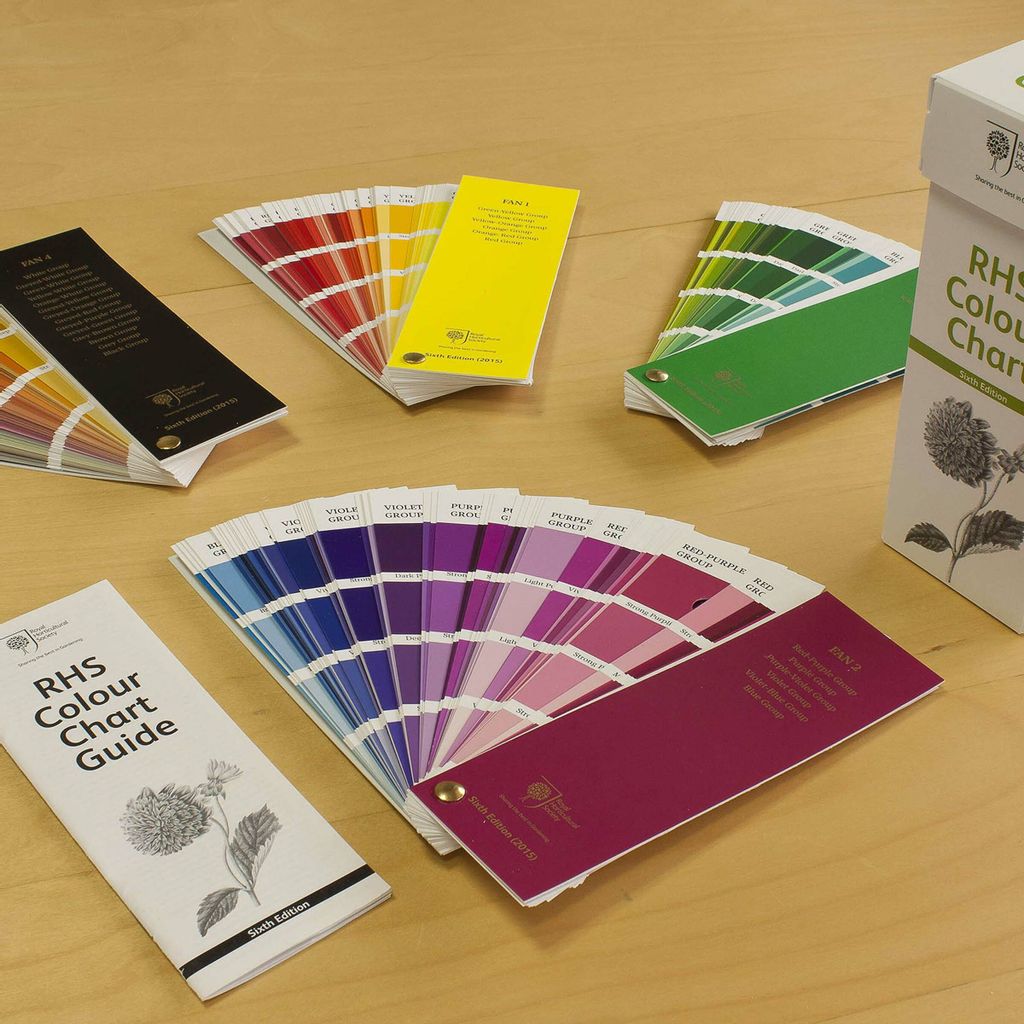 The RHS Colour Chart is the standard reference used by horticulturists worldwide for recording plant colours.

Resembling a paint chart, it has 920 colours which can be matched precisely to flowers, fruits and other plants in order to record and communicate colours accurately across the world. Each colour has a unique number and letter code as well as a name.

As well as being widely used by horticulturists, it is also used in other industries such as food, cosmetics, pharmaceuticals and fashion because the wide range of colours is based on the natural world.

This 6th edition (2015) replaces the 5th edition (2007).It has 24 new colours and every colour now has an English name. The colours are arranged in four fans, housed in a sturdy plastic box with an instruction booklet in English, Dutch, French, German, Japanese and Spanish.